The establishment of Thu Duc City created a big impact on the real estate market in the East Saigon area, which has witnessed remarkable growth milestones over the years. With high-profit investment opportunities, projects owning the central location of Thu Duc city are becoming the focus of investors recently.

Real estate in the East “surpasses the waves”

In the context of the general market being quiet due to the influence of Covid-19, real estate in the East is still receiving high appreciation for its potential for breakthrough growth. The data of the research units all show that in the past several quarters, the East area has contributed the most of new supply and has good absorption compared to the whole real estate market in Ho Chi Minh City. DKRA’s third-quarter report also showed that the East continued to be the leading area when accounting for 77.6% of the total supply of the whole market. 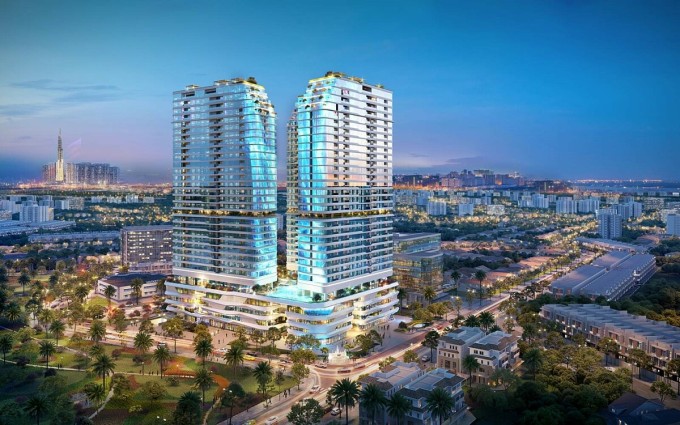 Experts say that the location of the gateway to trade with the provinces in the eight key localities of the Southeast economic region is a prerequisite for making the East area the focus of the real estate market. This is also an area witnessing the rapid deployment of high-rise apartment buildings, especially at locations where key traffic axes pass.

The third-quarter report of batdongsan.com.vn shows that, if choosing between buying a small alley house and an apartment, customers tend to choose an apartment with 251/397 total responses, accounting for 64%. When buying an apartment, besides the price factor, the convenient location is the top priority factor.

That is why in the past time, projects that own a “golden” location right in the city center are always interested by investors as well as people with real buying needs. Including the newly launched luxury apartment project King Crown Infinity.

Considered as the new administrative – economic – social center of Thu Duc city, the area of Truong Tho ward and neighboring places is becoming a destination for settlement and real estate investment. With an area with a long history of development and a stable population, owning real estate here is the expectation of many people.

Located on the frontage of two arterial roads of the creative city, Vo Van Ngan and Nguyen Ba Luat, King Crown Infinity owns a central position connecting 6 creative hubs of Thu Duc city. In which, Vo Van Ngan street is the main arterial road with an important position in this area. From the project, residents only take about 10 minutes to move to the high-tech park as well as to Metro line 1 and easily move into the center of Ho Chi Minh City within 15 minutes.

The project is located next to three stations 6,7,8 of Metro Line 1, which is expected to reach 60,000 passengers a day. In which, station 7 at University Village – the new center of Thu Duc city is only 500 meters from King Crown Infinity. According to the American Society of Urban Design, this radius is considered ideal for residents to easily use public transit.

In addition, the project also enjoys a variety of external utilities when located next to Vincom Thu Duc, Tu Duc traditional market, and a dense system of schools, hospitals, temples, churches… .all offer future elite residents a different lifestyle, raising standards and affirming a personal mark when owning a project is expected to become the future symbol of the real estate market in this area.